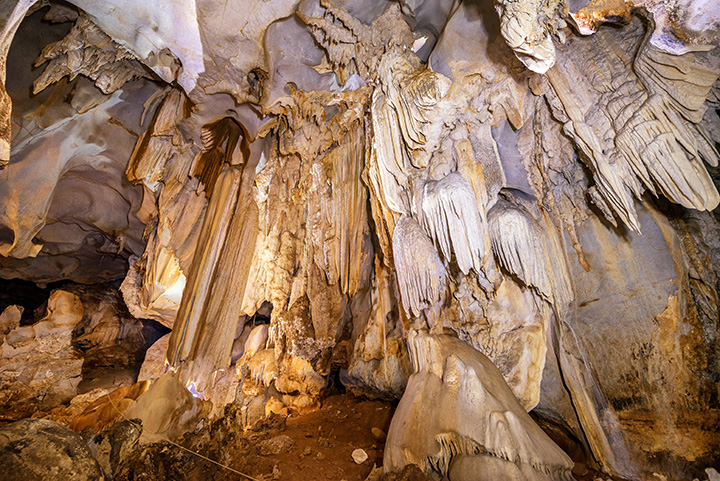 Significant fossil discoveries bear witness to the early natural history of Organ Cave: giant ground sloth, grizzly bear, nine-banded armadillo, sabre-tooth cat, reindeer and an Ice Age porcupine.[7] Organ Cave's human history is attested by flint arrowheads used by early American Indians. Evidence of early white settlers in the cave is suggested by the date "1704" scratched on a wall, but this may be a later addition since the first white settlers to Greenbrier County came only in the 1740s.

The cave was used since before 1835 as a source for nitre (saltpeter) for the manufacture of gunpowder. During the American Civil War, Confederate soldiers under the command of General Robert E. Lee again mined the cave for nitre. The cave today has the nation's largest collection of Civil War-era saltpeter hoppers.

Organ Cave was first surveyed by members of the National Speleological Society in July 1948. For many years it was considered the longest cave in the world. As of 28 April 2010, the Organ Cave System had 38.452 miles (61.882 km) of surveyed cave passage making it the 39th longest cave in the world, the 9th longest in the United States, and the 3rd longest in West Virginia.[1]

Organ Cave is not affiliated with AmericanTowns Media
Share