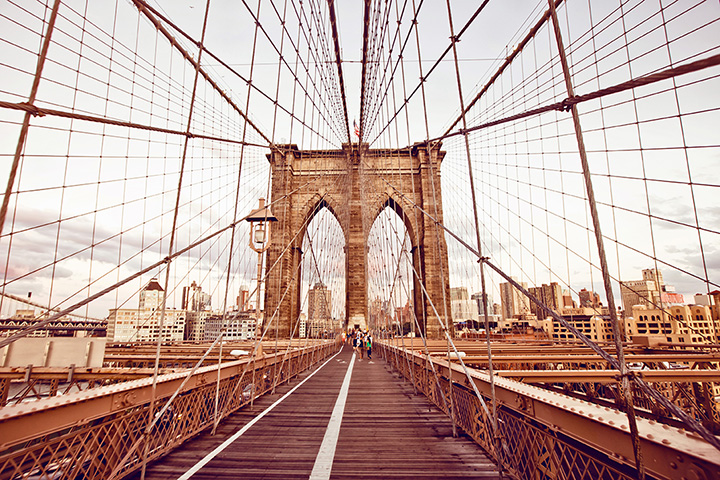 In only about 300 or so years, America has left quite a mark. From a revolution to endless inventions to some of the most towering figures of history, the good ol' U.S. of A. has contributed her share to the world stage.

America comprises 50 states and runs roughly 3000 miles coast to coast. While there's no shortage of interesting historic sites in all that acreage, here are 15 that every citizen should visit at least once.

Duh. Our nation's capitol is jam-packed with history. One place where you can get the most bang for your buck is the National Mall. It's been the site of many key moments in our nation's history, most notably, Martin Luther King's "I Have A Dream" speech. At one end stands the towering Washington monument; at the other, the breathtaking Lincoln Memorial.

The plantation home of Thomas Jefferson is located just outside of Charlottesville, VA. He began designing it at age 26, and the interior contains many of his inventions, from a secret "decoder," to a revolving bookstand and much more. It provides a wonderful insight into the restless mind of our nation's 3rd president.

Imagine the founders sweating it out during the hot summer of 1776, as they wrestled with the creation of a new nation. The Declaration of Independence was approved there, as well as the Constitution. It was also the first home of the Liberty Bell.

It was the capitol of the Confederacy, and features an enormous amount of monuments to various Civil War events and figures. The Virginia Historical Society also houses tons of fascinating paraphernalia from the War Between the States.

In December 1835, this former Spanish mission was occupied by a group of about 200 volunteers (including Davy Crockett and Jim Bowie) who were fighting in Texas' war for independence. Two months later, it was attacked by thousands of Mexican soldiers. The 13-day standoff became legend.

Between 1892 and 1954, 12 million immigrants passed through this iconic place; four out of 10 Americans have at least one ancestor who was among them. There are millions of digitized records to explore: you might be surprised at what (or who) you find.

It's among the oldest forts in America, construction having begun in 1672. It's withstood attacks by Sir Francis Drake, has imprisoned many Native Americans (including Chief Osceola) and been witness to hundreds of years of military conflict resulting from the colonization of the New World.

The resting place for over a thousand sailors and Marines who lost their lives on Dec. 7, 1941. The sunken battleship still leaks oil, called "the tears of the Arizona." Many survivors of the attack request that their ashes be buried at this site, alongside their fallen comrades.

More than 50,000 soldiers were either killed, captured or wounded during this vicious 3-day battle, a turning point in the Civil War. The Cyclorama feature at the park's museum provides an amazing experience of Pickett's Charge. There are many walking and driving tours around the historic town, as well.

As you walk across it from the Brooklyn side (and you should walk across it), you get an amazing view of the Manhattan skyline. The creation of John Roebling, this beautiful, unique cable-suspension bridge opened in 1883 and remains one of the great engineering wonders of the world. But it's in America.

This meeting place/marketplace has been around since 1743. Many impassioned speeches urging independence from Great Britain were made here, earning it the nickname, "the Cradle of Liberty."

While many people travel to the Big Easy to get their party on, they're missing out on a key aspect of American history. The French Quarter section of the city is a mash-up of the French and Spanish influences that warred for dominance in the 18th century, the Civil War, the birth of jazz and great Southern writers like Faulkner and Tennessee Williams.

For nearly 100 years, it was the capital of Virginia and the "colonial" portion retains much of its pre-Revolutionary War flavor. Visitors get a real-life taste of what life was like before smartphones, electricity and the internet; a printing shop, silversmith and blacksmith help you step back in time.

The sites of the first unofficial battles of the Revolutionary War (April, 1775) and the scene of "the shot heard round the world," as American patriots faced off against the Redcoats. The blowback from these confrontations were so intense, it launched a full-on revolution.

This theatre achieved "historic" status as the site of the assassination of President Abraham Lincoln on April 14, 1865. Although it presents various contemporary productions, the Presidential Box remains adorned much the same way it was the afternoon of the assassination.